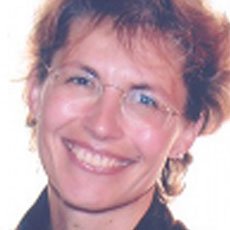 Thea Emmerling joined the Delegation of the European Union in Washington, DC in September 2013 and is leading the Food Safety, Health and Consumer Affairs Section in the Delegation.

Since 2009, and prior to her posting in Washington, Thea Emmerling worked as Minister Counselor at the European Union Delegation to the UN and other international organisations, in Geneva, dealing with international health and food safety issues. From December 2008 to November 2009 she was on secondment to the World Health Organisation, Cluster on Partnerships and UN Reform.

Thea Emmerling has extensive working experience with the European Commission, which she joined in 1996. She was Deputy Head of Unit in the Health Law and International unit of the Commission’s Health and Food Safety Directorate General, dealing with all EU public health legislation and international contacts. She was a Member of the Private Office of Budget Commissioner Michaele Schreyer, dealing with health, agriculture, environmental, transport and regional policy questions, and Spokesperson for Health and Food Safety Commissioner David Byrne. Thea Emmerling also worked in the health department’s Health Risk Evaluation Unit as a speech writer, and was Desk Officer in the Commission’s Department for Regional Policy, managing EU structural funds.

Thea Emmerling holds a diploma in economics from the University of Hamburg, Germany. Prior to joining the European Commission, she worked for nine years as a political and economic journalist for the German Press Agency in Stuttgart, Bonn and Düsseldorf.