What is the Mediterranean Diet Roundtable?

Oldways and the Mediterranean Diet pyramid 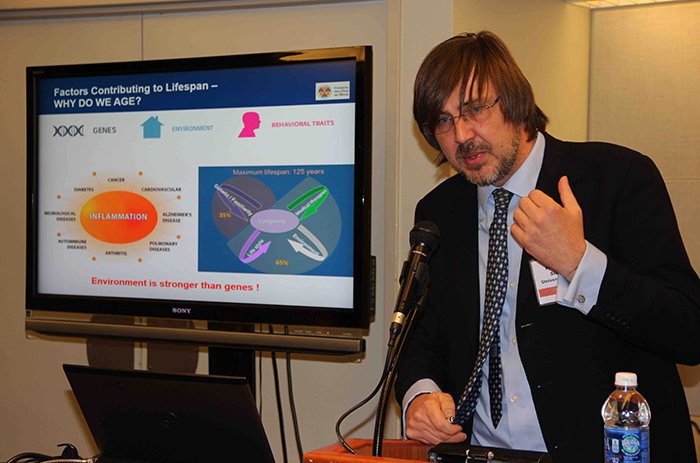 The tradition of the Mediterranean “Natural” Functional Foods: a resource for health prevention and longevity

The concept of “functional food” was introduced in Japan during the Eighties, and refers to natural or processed foods that, regardless of their nutritional value, can exert beneficial properties on health, being able to improve a specific physiological function or reduce the risk of contracting a disease. The increasing interest in functional foods can be explained with a growing public awareness about the fundamental role of diet on the health of the individual and in diseases.
A challenge in the area of healthy ageing is to identify dietary patterns, in addition to specific dietary components, that offer protection against age-related diseases. The traditional Mediterranean nutrition, within the Mediterranean diet, is unquestionably associated with a lower incidence of chronic degenerative diseases associated with aging (cardiovascular disease, atherosclerosis, Alzheimer’s disease and so on) and a longer life expectancy. In Italy, according to the latest census of the Italian population by ISTAT (National institute for statistical analysis), the population of 85 – year olds raised on the total from 2.2% to 2.8 %. Furthermore, Italian citizens aged between 95 to 99 years old, increased of 78,2% while the over-100 grow of 138,9%. The “over 100 ” in fact counted 6,313individuals in 2001, and in 2011 became 15,080 , with a percentage of 83.7 % women. Therefore, in the coming years the majority of consumers will belong to a much older age than today, posing serious concerns and questions about the healthcare system and aging management.
Aging is a multifactorial and irreversible process and the age-related physiological degenerative process depends on both genetic and environmental factors. Next to the genetic factors, a current scientific thought believes that aging is largely considered as a complex remodeling of our genome that is not stable and is strongly influenced by the ability to adapt to the surrounding environment of the human physiology. Among the environmental factors modified the process of aging, diet is currently among the most observed.
Statistical surveys of the World Health Organization now clearly indicate that the food trends of Western countries are characterized by energy-dense foods with plenty of saturated fat , caloric sweeteners , high-calorie drinks, sweets and snacks, “ultra- processed ” and a high frequecy of alcoholic drinking, all of which are directly linked to negatively affect the aging process and the increase of degenerative diseases.

My research group represents Italy within the “International Network of the Centers on Genetics Nutrition and Fitness for Health,” a global network with headquarters in Washington, D.C., founded by Artemis P. Simopoulos, an authority in the field of nutrition. The group influences trends of scientific research in nutrition and will have a strong impact on future public health policies of countries that are part of its protocol. One of our major goals is to scientifically promote the natural functional products typical of the Mediterranean and Italian diet, rediscovering foods and traditions naturally conducive to the general well-being and healthy aging of the population.