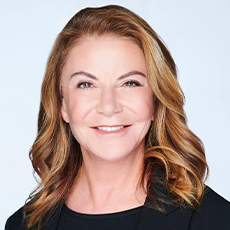 Former Congresswoman Susan Molinari (R-NY) was born and raised in Staten Island, New York. She grew up surrounded by a large family with strong Italian roots. Her grandparents immigrated to the United States from Calabria and Naples, Italy in the early 1900’s. From an early age, Molinari was involved in politics and grew up working on her father’s political campaigns.

In 1985, at the age of 27, she won her first campaign and was elected to the New York City Council.

Five years later, the New York Staten Island Republican Party asked Molinari to run for office. After being elected to Congress in 1990, she went on to win reelection five times. Throughout her time in office, Molinari served on the Education and Labor; Transportation and Infrastructure; and Budget Committees.

Notably, as a member of the Budget Committee, Molinari participated in crafting the nation’s first balanced budget in 25 years. She also worked hand-in-hand with then-Senator Joe Biden (D-DE) on the Violence Against Women Act, which provided $1.6 billion toward investigation and prosecution of violent crimes against women, imposed automatic and mandatory restitution on those convicted, and more.

After her time in office, among other positions, Molinari went on to become co-host of the CBS News Saturday Morning show; chair of The Century Council, a non-profit, corporate social responsibility program; and founder and chair of Susan Molinari Strategies, LLC.

Most recently, Molinari served as the Vice President of Public Affairs at Google for the Americas and oversaw dozens of policy offices throughout North and South America. She currently serves on the board of Harvard University’s Kennedy School Institute of Politics, The American Action Foundation, APCO Media, Protiviti, and many more organizations and nonprofits. She was selected as one of the Women of the Year by Glamour Magazine and recognized by Time Magazine as one of 40 most influential people under 40.