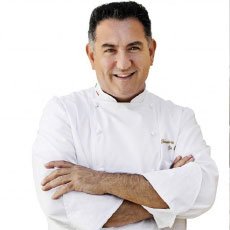 Salvatore De Riso, known as “The King of Cakes”, and also as the “King of Panettone”, along with his many awards (about 40, of which 18 are for his amazing gastronomic Panettone), represents the inspiration, ingenuity, passion and the art of pastry of his territory, whose symbol, the Amalfi coast Lemon IGP, is widely and historically represented in his creations.

“And this is my world, the palette of Mediterranean flavors, that serves as a compass to my daily life, in respect of my generous land”, is the slogan advertised on the page of his website salderiso.it, a company awarded for the ability to combine the logic of organization and performance, with a meticulously designed technological system, employing methods of an ancient traditional pastry. Not far from its current laboratories, precisely in those areas rich in poor-farming traditions and an uncontaminated environment, the Mediterranean Diet was born. The founding father, the American physiologist Ancel Keys, wanted to move there to spend several decades of his long life, devoting himself to his studies on the lifestyles and eating habits of the long-lived populations of Cilento.

And here, among the prizes and widely used special ingredients, one can find cornerstones of the Mediterranean food model, including high-quality extra virgin olive oil for whose consistent promotion (and intelligent use in his creations) Salvatore has received the award of “Ampolla d’Oro” (2007). Often hosting many TV shows, the publications of Salvatore’s books are considered to be true professional manuals.