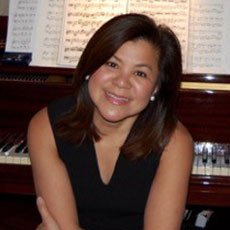 Rubi Lichauco holds a masters degree in Business from Simmons Graduate School of Management. After spending several years in the financial industry, Rubi took a new career in early childhood music education. Since then, she has developed her own music program and teaches in various independent pre-schools. In between teaching, she also conducts music workshops for various early childhood consortiums in the greater Boston area. She has led various fundraising and marketing efforts for non-profit groups as a volunteer and was a part of the planning committee and the assistant to the Executive Director for the Women’s Leadership Conference at the Simmons Graduate School of Management. Most recently, she is involved with the Parents of Music Students in her hometown, where she now serves on the Board. Born and raised in Manila (Philippines), Rubi relocated to the US in 1979. She lives in Greater Boston with her husband and two children.