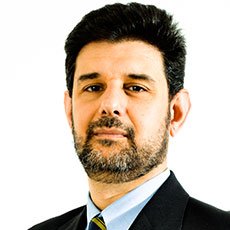 Prokopios Magiatis, Ph.D., M.Sc., is associate Professor of Pharmacognosy and Natural Products Chemistry in the Department of Pharmacy of the National and Kapodistrian University of Athens, Greece. He graduated from the same Department in 1994 and defended his Ph.D. in 2000. In 2001, he did his postdoctoral research at the Curie Institute in Paris, France. He has worked as a visiting professor at the University of California, Davis. During 2014-2016 he had an adjunct professor position at the Virginia Commonwealth University Medical school. In 2009, he was awarded the Egon-Stahl silver medal as the top scientist under 40 years old in the field of natural products chemistry and pharmacology. His research is focused on the isolation, analysis, chemical synthesis, and bioactivity of natural products. Since 2002 he has been working on olive products and especially on olive oil. He has invented five indirubin derivatives commercially available as pharmacological tools and he is an author of >140 publications and 14 patents. He has been awarded as the inventor of the year 2016 in Greece for his invention ARISTOLEO. He has created the first university lab offering analysis of olive oil by NMR regarding its content on health protecting ingredients. He is a co-founder of the World Olive Center for Health and scientific coordinator of the Interreg MED project “ARISTOIL” that was awarded as the best INTERREG project in Europe for 2019.