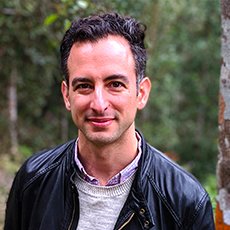 Ori Zohar is an experienced social entrepreneur and the co-founder of Burlap & Barrel, where he leads the company’s domestic operations, eCommerce and finances.

Ori’s family moved to Baltimore, Maryland from Israel when he was 5 years old. He developed a love of all things food as a kid, learning to cook Middle Eastern and Mediterranean dishes from his parents. He firmly believes that tahini can improve most dishes.

Ori’s entrepreneurial journey started in his teens, when he started a business (poorly) DJ’ing parties. Many other entrepreneurial initiatives followed. Ori first teamed up with Ethan to start Guerrilla Ice Cream, an activist ice cream cart that received a frenzy of media attention, in 2010.

Ori’s happy to be back in the food world, where eating is an integral part of his job.