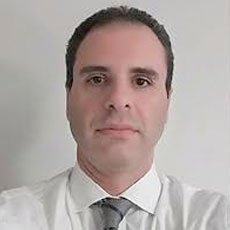 Mr. Menelaos Menelaou is born in Nicosia on 23 October 1974.

He then received his Master’s Degree in International Relations and European Studies from the National and Kapodistrian University of Athens from where he graduated in 2001.

He began his career at the Ministry of Foreign Affairs of Cyprus as an Attaché on 2 October 2011, where he served at the Cyprus Question Division until February 2003.

He was then appointed to the Diplomatic Office of the President of the Republic of Cyprus, where he served between March 2003 to February 2013.

In March 2008 he was also appointed as member of the Negotiating Team in the negotiations for the Cyprus Problem where he served until February 2013. Between September 2012 and February 2013, he also served as Acting Director of the Diplomatic Office of the President.

Since 3 February 2014 he serves as Deputy Permanent Representative of the Republic of Cyprus at the United Nations, New York.

He is married to Panagiota Demetriou who is a primary school teacher. They have a 9-year-old son, Stavros, and a 6 year-old daughter, Phaedra.