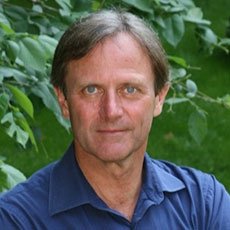 Research Priorities:  Professor Wargo has focused research to understand threats to human health posed by environmental hazards associated with food production and consumption for 20 years.   He has concentrated on the susceptibility of children and pregnant women, and has evaluated the effectiveness of law in reducing environmental threats to human health.
Professor Wargo wrote Green Intelligence published by Yale University Press in September 2010.  The book won the Independent Publishers Award: Gold Medal in Environment, Ecology and Nature; Scientific American Favorite Science Book of 2010; and the Connecticut Book Award for Non-Fiction.
He also wrote Our Children’s Toxic Legacy, published by Yale University Press presenting a history of pesticide law and science. This book won the American Publishers’ Association Prize for the best Book in Political Science the year it was released.
He is also co-author of Ecosystems: Balancing Science and Management, published by Springer-Verlag.
He developed many of the analyses that provided the basis for two National Academy of Sciences Press books on chemical hazards in food including Pesticides in the Diets of Infants and Children, and The Delaney Paradox: Regulating Pesticides in Food.
Wargo has testified before U.S. Senate and House Committees recommending legal strategies to protect children from environmental hazards, and has been an advisor to the Senate Committee on Health, the Vice President’s office, several EPA administrators and other Cabinet members. He has been a member of EPA’s Scientific Advisory Panel/Board on Pesticides, U.S. Centers for Disease Control and Prevention scientific panels, and has advised the U.N.’s World Health Organization, and Food and Agriculture Organization on malaria control, food safety, and pesticide control standards.