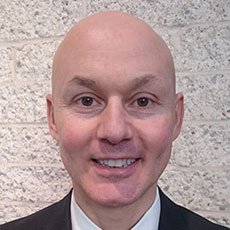 John Marino is the principal of Marino Consulting, a Washington, DC based firm that represents domestic and international clients from diverse industries. He brings more than 15 years of international and public affairs experience working in leadership roles. His consulting experience spans over several continents and business sectors to include private, as well as publicly traded companies. John’s expertise includes developing and executing winning strategies for foreign companies and governments in the United States to develop strategic and champion relationships with the U.S. Congress, Administration, business community, institutions, media, and other critical influencers. His strategies include raising the profile and enhancing the brand of the client through advocacy, communications, education, and government relations tactics. A seasoned leader, John brings a sophisticated understanding of DC centers of influence, industry, and public policy. Results driven, he has proven management and operations capabilities coupled with a unique ability to translate strategic planning into execution. He has successfully executed strategic initiatives that navigate the private and public sectors and position the client to achieve its business objectives. John has extensive experience working closely with C-level executives and has a broad high-level network of business, institutional, media, and bipartisan government leaders. He is a savvy problem solver who brings a unique perspective, creative ideas, and innovative thinking. John’s international consulting experience includes having served as senior vice president at Fabiani & Company, a leading government affairs and marketing firm based in Washington, DC. There his responsibilities included leading the international practice where he managed clients from around the world. He was the team leader of the largest client in the firm’s history where he directed government relations, public relations, communications, and outreach strategies to improve the brand of a foreign nation and to create greater understanding of its relevance to the United States. This included directing advertisement, social media, and grassroots campaigns, coordinating government relations and advocacy strategies, and developing alliances with third party groups. Earlier in his career, John served as the national executive director of the National Italian American Foundation (NIAF), the foremost organization advancing U.S. – Italy relations in the areas of politics, business, education and culture. John’s tenure at NIAF also included directing the government relations, public policy and international relations portfolios where he worked closely with the Italian American Congressional Delegation, State Department, and other governmental leaders. He also directed the organization’s thought leadership programs and its prestigious Business Council, which is a networking platform for top corporate executives.In 2011, he was as an Executive in Residence at Villanova University’s School of Business MBA Program in Pennsylvania. He has served on various advisory boards including those at Villanova University, Clemson University, and the Università degli Studi Guglielmo based in Rome, Italy.