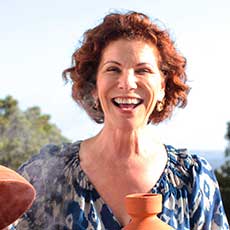 Joanne is also the host and Executive Producer for several award-winning television series. Her latest show, “Joanne Weir’s Plates & Places,” earned nominations for several Taste Awards and was chosen as the “Best New Series” in 2018. Filmed on location around the globe, each episodeprovides viewers with a virtual trip to several of Joanne’s culinary destinations. The series is currently in its third season and airs nationwide on both Public Television and Create in over 94% of US households.