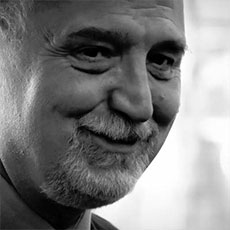 Ambassador Inigo Lambertini was appointed Deputy Permanent Representative of Italy to the United Nations on 7 January 2014.
From 2010 – 2014 he served as Principal Director for Country Promotion at the Italian Foreign Ministry in Rome.
From 2009 – 2010 he was appointed Advisor to the Secretary-General of the Foreign Ministry for Economic Diplomacy.
In January 2009 he was promoted to the rank of Minister Plenipotentiary.
From 2005-2009 he served as Deputy Permanent Representative of Italy to the OECD in Paris.
During this mandate, he became Coordinator of the Task Force created by the Italian Government in Paris to support the candidature of the City of Milan for “EXPO 2015”.
From 2001-2005 he was Counsellor on Domestic Policy at the Embassy of Italy in Washington and subsequently First Counsellor.
During the same period he was appointed as Observer to the OAS.
1999-2001 he served as Adviser to the Coordination Unit of the General Secretariat of the Ministry of Foreign Affairs in Rome.
From 1997- 1999 he was Counsellor at the Permanent Mission of Italy to the EU in Brussels and Coordinator of COREPER I (Permanent Representatives Committee of the Council of the European Union).
From 1993-1997 he was Head of the Commercial Office at the Embassy of Italy in Brasilia, Brazil.
From 1991 – 1993 he served as Chargé d’Affaires at the Embassy of Italy in Kinshasa, DRC.
From 1987-1991 he was assigned to the Foreign Ministry’s Directorate of Economic Affairs in Rome.
In 1987 he entered the Diplomatic Service specializing in economics and business.
From 1984 – 1985 he completed his fellowship research at the Universite’ Libre de Bruxelles in Belgium funded by the Italian National Research Council (C.N.R.)
In June 1983 he graduated in Law cum laude from Universita’ Federico II in Naples.
He is fluent in Italian (native), English, French, Spanish, and Portuguese.
He was born in Naples, Italy on 10 June 1959. He is married and has two children.