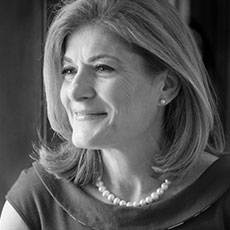 Dr. Immaculata De Vivo is an international leader in the area of molecular and genetic epidemiology of cancer. Her unique interdisciplinary approach to understanding the impact of natural variation on cancer risk – combining molecular biology, genetics and epidemiology – has been invaluable to the field of cancer research. Dr. De Vivo’s research focuses on how the environment interacts with genetic variants to influence susceptibility to hormonal cancers, primarily endometrial cancer.

The impact of her work is evident from her publications, media coverage, invitations to speak at major national and international conferences, and service on review panels, including her role as the leader of the NCI-supported Endometrial Cancer Consortium (E2C2), which includes 40 studies from the US, Europe, and Asia. She led the largest genome-wide-association study (GWAS) and the first meta–analysis of endometrial cancer. Because of her experimental molecular biology expertise, in 2010 she became the Scientific Director of the Dana Farber/Harvard Cancer Center Genotyping and Genetics for Population Sciences facility, which provides genomic services to local, national, and international researchers.

Dr. De Vivo is also a leader in the field of telomere biology. Her research addresses the relationship between the lengths of telomeric repeats at the ends of chromosomes and susceptibility to disease, especially cancer. Her work has added tremendous insight to the role of telomeres in cancer etiology. Because telomere length has both genetic and environmental determinants, she has also demonstrated how lifestyle choices can delay or accelerate telomere shortening. Dr. De Vivo’s highly cited paper on telomere length and lifestyle factors is important because it shows that germline DNA can be modified. She has shown that chronic stress can shorten telomeres, while physical activity and adherence to a Mediterranean diet (reported in her highly publicized article in the British Medical Journal) can delay such shortening. Her studies have received worldwide recognition, including coverage by numerous major news (print and media) outlets. Recently she collaborated with NASA to study the effect of long-term space travel on telomere length, using blood samples from monozygotic twin astronauts. Findings from the NASA twin study were published in Science in April 2019. Dr. De Vivo’s work has changed how the field thinks about the effect of the environment on one’s DNA.

She is codirector of the science program at the Radcliffe Institute for Advanced Study at Harvard University, a professor of medicine at Harvard Medical School, and a professor of epidemiology at the Harvard T.H. Chan School for Public Health. She is the Editor-In-Chief of the internationally recognized journal Cancer Causes and Control.

Dr. De Vivo has consistently received annual acknowledgement of teaching excellence. She has advised many epidemiology doctoral students and has been primary mentor to postdoctoral fellows at HSPH and BWH, as well as several junior faculty at BWH. Her numerous trainees now have academic jobs at top institutions, including the BarcelonaBeta Brain Research Center, USC, NIH, and MSKK, leading their own research groups.