Mediterranean diet – promotion and dissemination of healthy eating: proceedings of an exploratory seminar at the Radcliffe institute for advanced study 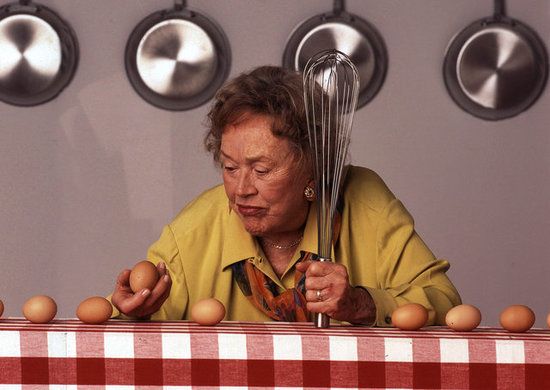 Like much else in contemporary society, the food media are trying to right wrongs in the way they are staffed and what their future will be.

Like much else in contemporary society, the food media are trying to right wrongs in the way they are staffed and what their focus will be in the future. The result has been an admirable number of new appointments with an eye towards diversity. Last June the staffs of Bon Appetit and Epicurious (whose parent company is Condé Nast) co-published “A Long Overdue Apology, and Where Do We Go From Here?” after the resignation of Bon Appetit editor-in-chief Adam Rappaport (below, 2nd from right, with staff) when a “deeply offensive” photo of him “mocking Puerto Ricans” in costume appeared in the news.

“We have been complicit with a culture we don’t agree with and are committed to change,” said the apology. “Our mastheads have been far too white for far too long. As a result, the recipes, stories, and people we’ve highlighted have too often come from a white-centric viewpoint. At times we have treated non-white stories as ‘not newsworthy’ or ‘trendy.’… Black staffers have been saddled with contributing racial education to our staffs and appearing in editorial and promotional photo shoots to make our brands seem more diverse. We haven’t properly learned from or taken ownership of our mistakes. But things are going to change.”

Indeed, within two months, Bon Appetit appointed a black woman, Dawn Davis, as the food publication’s new editor-in-chief. Davis, when a vice president at Simon & Schuster, founded Inkwell Book Club online, celebrating Black authors. Before that, she had been the publisher of HarperCollins imprint Amistad Press, “devoted to multicultural voices.”

Many other media, including The New York Times, have scrambled to recruit female, Black and Asian editors and writers in an applaudable attempt to diversify their food staffs, which will increase attention on international foods that might once have been written about by white authors with no connection to the traditions of a country’s food culture. But in their urgency to distance themselves from past errors, some media are adopting highly questionable, politically correct assertions that contend there is only one way to make a particular dish and the only person to write such an article must be verifiably from a particular region where everyone makes that dish a specific way.

David Tamarkin, the white digital editor of Epicurious, made his own mea culpas recently “after a lot of consciousness-raising among the editors and staff” by admitting that in the past, “We have purported to make a recipe ‘better’ by making it faster,  or swapping in ingredients that were assumed to be more familiar to American palates, or easier to find . We have inferred [sic] (and in some cases outright labeled) ingredients and techniques to be ‘surprising’ or ‘weird.’ And we have published terminology that was widely accepted in food writing at the time, and that we now recognize has always been racist.”

As a result the staff went through a trove of 35,000 recipes from Bon Appetit, Gourmet, House & Garden and Epicurious for offensive words that included “authentic” and “exotic.” Ironically, the highly respected black chef Marcus Samuelsson (below), who was born in Ethiopia but raised in Sweden, was roundly criticized and forced to apologize for publishing a recipe in Bon Appetit for a soup named joumou, adapted from his cookbook The Rise: Black Cooks and the Soul of American Food, because the magazine referred to it as a Haitian staple that symbolizes the country’s violent liberation from its French colonizers. Samuelsson’s only crime was that he is not Haitian.

The problem with such re-casting or deletions is that the editors seem completely to misunderstand how food cultures form and evolve and why certain dishes are made certain ways only because of a lack of availability of ingredients or  kitchen tools. After all, ingredients like tomatoes, potatoes, corn, chile peppers, cocoa, pineapple, squash, vanilla and wild rice were native to America and only gradually entered into the food cultures of Europe, Africa and Asia, which then adapted them in their own ways.

Portuguese traders brought the idea of tempura to Japan, while Japanese chef Nobu Matsuhisa created a new form of sushi in Peru. A Hong Kong chef created “Singapore noodles” in the 1950s. Benihana of Tokyo originated in New York. Vietnamese banh mi sandwiches are “correctly” made with French baguettes, brought to what was then Indo-China in the 1860s. Hawaiians, introduced to SPAM during World War II, now claim it as their state food, and Austrians and Italians still argue about which came first, Wienerschnitzel or vitello alla Milanese.

Is the bagel an Eastern European food item or a Jewish-American one? And, further, are the quickly disappearing, firmer, denser bagels of a century ago in New York—once called “belly bombs”— the only ones Epicurious would consider giving a recipe for, despite bagels evolving into a lighter, moister variety that most people enjoy everywhere? And what of the variants made by traditional Jewish bakers in Montreal that are quite different from New York bagels? (So, too, Jewish-American smoked salmon is unknown to Jews in Europe.)

The Neapolitan pizza alla Margherita, created by Raphael Esposito for Queen Margherita in 1864, became the template for pizzas there and in the U.S. (although most Italians north of Naples had never heard of pizza until after World War II). And the official Neapolitan tradition is to make it by certain strict rules—as sanctioned by the Associazione Pizzaioli Europei e Sostenitori—as to the ingredients in the dough (no fats allowed), which must be kneaded by hand, the diameter, the kind of oven, the temperature and so on. Yet, the Neapolitan pie has a soft center that bears little resemblance to the crispy, thin-crusted pizzas now ubiquitous in the world, or the square Sicilian style. Would Epicurious refuse to print a recipe for the latter and insist on only hand kneading the former?

Tamarkin’s suggestion that making a recipe “faster” somehow compromises the integrity of a prepared food completely ignores how every food culture in the world now uses food processors and electric mixers. Coal-fired stoves were abandoned decades ago in Europe, and not all French or German or English bakers cook with wood-fired ovens any more.

May Chinese vegetables only be chopped with a cleaver, not a knife? I recall when the late Julia Child on her PBS TV shows in the 1960s insisted the only correct way to whip egg whites was with a big wire whisk—an outmoded French cook’s idea that Child herself ultimately abandoned. I also recall the late North Carolina food writer James Villas taking me to his favorite barbecue place in Charlotte, where he swore they still “properly” chopped the ‘cue by hand with a hatchet, but there wasn’t a hatchet to be found anywhere near the chopping block.

Tamarkin’s disdain for recipes using “ingredients that were assumed to be more familiar to American palates, or easier to find” is an absurd example of p.c. overreaction. It would be exceptionally rare these days to find squirrel in Brunswick stew, game birds hung in barns until they turn green with rot, or Sardinian cheeses containing worms (now forbidden by law). Since Bon Appetit (despite its own Euro-centric title touting a French connection) is, in fact, an American-based magazine published for an American readership, will all future recipes really insist its readers try to ferret out the potentially poisonous Japanese blowfish called fugu, which Japanese cooks train years to master? Or order what the Chinese themselves call “stinky tofu” (left) from a Taipei market? And, if you can’t obtain the revered (and very expensive) poulet de Bresse, can one ever hope to make a decent roast chicken? Not too long ago, an American couldn’t even buy true prosciutto di Parma, balsamic vinegar from Modena or buffalo milk mozzarella in this country.

Of course, the idea that only a Sichuan chef should be allowed to write about a Sichuan dish with Sichuan ingredients or a Languédoc chef should be the only one to write about what goes into a cassoulet, when even in Languédoc, there are three types, is senseless. Should one forget about trying to make a Daiquiri without being shown how by a Havana bartender using only Cuban rum, long banned in the U.S.? Doesn’t that fly in the face of Tamarkin’s distaste for the word “authentic,” when that’s exactly what these editors are aiming for?

He and others in the food media have also tried to delete the words “ethnic” and “exotic,” whose dictionary definitions they obviously have not consulted. If you are an American, it is no stretch or slur to think of monkey brains or cobra hearts (which Anthony Bourdain once wolfed down on TV) as “exotic” within the definition of being “of foreign origin” or “of a uniquely new or experimental nature,” as per The Random House Dictionary of the English Language.

The fact is, many of the best, most knowledgeable food writers who have had the most influence in encouraging Americans to eat food from all over the world do not have the blood of those countries in their veins, beginning with Julia Child, who was not French; Paula Wolfert, who is not Moroccan; Elizabeth David, who was not Italian, and Diana Kennedy (left) who is not Mexican. Apparently Bon Appetit and Epicurious would ban such authorities from their pages because they are all white people, albeit women, who could not possibly show the same intimate knowledge or soul for a cuisine as would a cook born in those countries.

Which is, of course, a troubling form of reverse racism and implies that anyone eating a modified form of any culture’s food makes one a racist as well, as if Tex-Mex or Chino-Latino are slurs against the food of the Yucatan or Canton. And, if there are two chefs in Bologna who would agree on how to make lasagne alla bolognese, it would be a miracle.