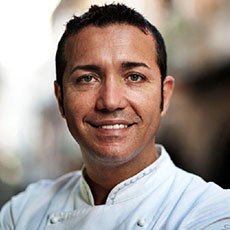 Gino Sorbillo was born into one of the oldest and most revered families of pizza makers in Naples. His grandparents founded the first pizzeria in 1935, on the Via dei Tribunali, described by many as the “Via della Pizza Napoletana”, in the old city center. The spouses of the Sorbillo men gave birth to 21 children, who later all became pizza chefs. They are among the undisputed symbol-figures of the “traditional Neapolitan pizzeria.” He founded “La Casa Della Pizza”, a meeting place and cultural exchange venue for artists from the various Parthenopean arts. Gino was awarded a Master of Arts and Crafts in the category of Pizzaiuoli, by the International School of Italian Cuisine (ALMA) in the presence of the Ministry of Cultural Heritage and the President of the Republic (2016). The true Neapolitan pizza (and the art of the Neapolitan pizza maker) has become part of the Intangible Heritage of Mankind of UNESCO, a symbol like the Mediterranean Diet, firstly described by Ancel Keys. Witness of an artisanal product and a traditional Neapolitan folk culture, Gino is also the most progressive among the pizza makers of his beloved city. As his new frontier, he employs the use of organic flour, combined with the best raw materials and products of excellence for its condiments that he can find. Frequently seen on television and as a figure of reference in the field of Haute Pizzeria d’Autore, Gino is a participant in many cultural promotional initiatives. From Naples to New York, he has conquered all.