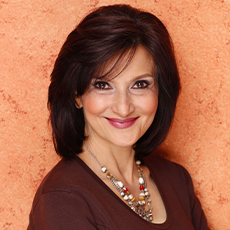 She has appeared on many TV programs, including Today Show and Early Show and has been featured on numerous specials for PBS, the Food Network, History, Sundance, and Discovery channels.

Francine lectures across the USA and is a monthly guest speaker for AARP, attracting many thousands of viewers to her talks. She is a frequent speaker at NYC’s premiere cultural center the 92Y, and for the Institute for Advanced Study at Princeton University, Smithsonian Museum in DC, Virginia Fine Arts Museum, and many others. She recently moderated a panel for the Tribeca Film Festival on food in film with Isabella Rossellini and Stanley Tucci.

She is a frequent food judge for the Fancy Food Show, Bacardi Cocktail Competition, Barilla’s Pasta World Championship, and the International Pesto Competition.

Francine co-edited Entertaining from Ancient Rome to the Superbowl, a 2-volume encyclopedia, which was a finalist for the coveted Gourmand World Cookbook Award given each year in Paris. She contributed the chapter on Ruth Reichl for the book Icons of American Cooking and translated two books–Nutella Passion and The Pleasures of Espresso—from Italian into English for Giunti, Italy’s largest privately owned publisher.