Why Mediterranean? A word from our panelist, Prof. Immaculata DeVivo (Harvard Medical School) 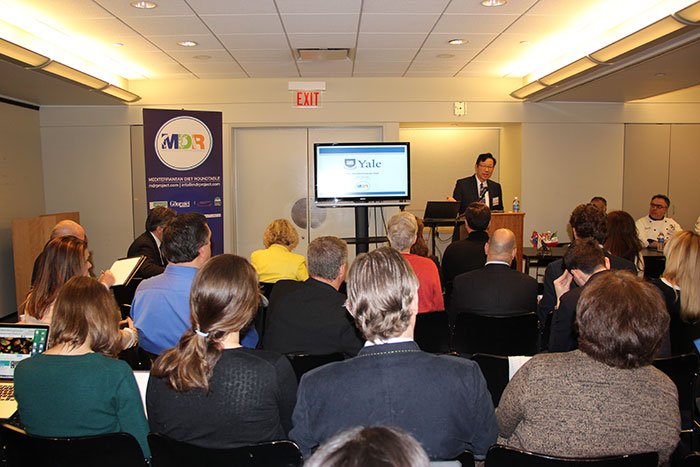 The First Mediterranean Diet Roundtable: a recap of the 2015 New York edition with a look at the upcoming 2016 California Edition (April 20-21)

As we get ready for a provocative 2016 edition of the Mediterranean Diet Roundtable, we would like to take a trip down memory lane by giving a look back to our first pilot event. Over 120 professionals from various sectors of the food industry and nutrition world gathered in New York City in April 2015 to present, discuss and analyze the Mediterranean Diet and its potential on American tables.

Opening remarks were provided by Sara Baer-Sinnott, President of Oldways, a non-profit organization that focuses on heritage and health, known for  creating  the first Mediterranean Diet Pyramid in the 1990’s. Sinnott discussed the development of the Mediterranean diet and how it gained the popularity it has today.

The Scientific panel discussed the benefits of the Mediterranean diet. Iconic researcher and author, Artemis P. Simopoulos, M.D., presented the importance of omega-3 fatty acids, citing the traditional Cretan diet as a prototype model and comparing different nations’ eating habits. Scientist Giovanni Scapagnini, M.D., Ph.D., presented his work about longevity and the functional food, showing how certain components of the Mediterranean diet and their interaction can protect against the aging process. Cardiologist Tara Narula, M.D., a beautiful TV personality (CBS) advocate of the Mediterranean Diet working at Lenox Hill Hospital, explained how medical professionals are shifting away from focusing on single nutrients, but rather on the diet as a whole lifestyle, essential for primary prevention of heart disease.

A significant cornerstone of the event, which will also be  a part of the 2016 edition, were the discussions about commercial and non-commercial food service. Ken Toong, Executive Director of the University of Massachusetts Amherst Auxiliary Enterprises, led the first discussion among chefs from colleges across the nation, focusing on food experiences with global influence, and  healthy, local and sustainable foods. There is a  huge food industry revolving around colleges and universities: U-Mass alone provides something like 45,000 meals a day, the equivalent of more than 100 restaurants! They also create a valuable resource for local economies: 30% of UMass Amherst dining hall food is local, with an investment of $3.5 million/year on fresh produce. Their goal  is to provide higher quality dining with influences from around the world. These numbers showcase the industry centered on college students. By studying students’ preferences and dining choices, the chefs were able to drive healthier choices, like a decrease in beef consumption and a high increase in olive oil and nut consumption. With a motto of “small plate, big flavor” U-Mass is America’s most awarded dining program! And  major universities across the U.S. are following  this trend.  Rafi Taherian, Executive Director of Yale University Dining, stressed the importance of flavor as a way of “seducing” students to healthier options, noting how a Mediterranean diet is simple in its preparation but also colorful and attractive. Craig Mombert, Executive Chef at Davidson College, emphasized the significance   of avoiding processed foods by ensuring that 90% of the college’s dishes are made from scratch using produce from their 109 acre farm.  Johnny Curet, Executive Chef from Rice University, explained how everything served to the students is homemade and works with Mediterranean chefs for a genuine experience.

John Lawn, a foodservice authority and former editor of Food Management magazine, moderated the health panel. Veronica McLymont, Ph.D., RD, CDN from the Memorial Sloan Cancer Center, described the initiatives taken to improve the health and well-being of patients, such as having only low calorie beverages in vending machines and providing easier access to fresh produce for the staff. Debby Kasper, RD, LD, SNS from Premier, discussed the challenges of applying a Mediterranean style diet, which included government regulations, distribution, cost and purchasing alignment. Gina Zimmer from Restaurant Associates discussed various health promotions such as “Guess the Greens” and “Super Salads” to excite clients about the Mediterranean diet. Tina Reddington from Sodexo illustrated how government-regulated corporations such as the military does not allow for much interference in terms of nutrition decisions.

After lunch, hailing from Greece, nutritionist and Huffington Post contributor Elena Paravantes, RDN, described the mistaken perception of the diet in the American population and the practical application of the diet. Following, Susan Reef, President of US Food Safety, talked about how media and advertising influenced consumers’ decisions in regard to food buying and dining habits.

A presentation by a team from Molise, Italy, specialized in Italian wine, cheese and pasta producing, described the process of producing artisanal products using Digital Identity and Food Fingerprint to secure the origin of their products.

The First Mediterranean Diet Roundtable was concluded by an overview of the role of pasta in the Mediterranean diet by Barilla Nutritionist Anna Rosales, highlighting the nutrition value of pasta as a low glycemic index food to be enjoyed in moderation.

The new edition will have additional exciting topics, including a presentation with FDA/USDA experts, Directors of health and wellness programs, food service in colleges and universities, international scientists and the important voice of retailers/chains about sourcing Mediterranean food. Registration will be available starting on February 15, 2016 on our website! 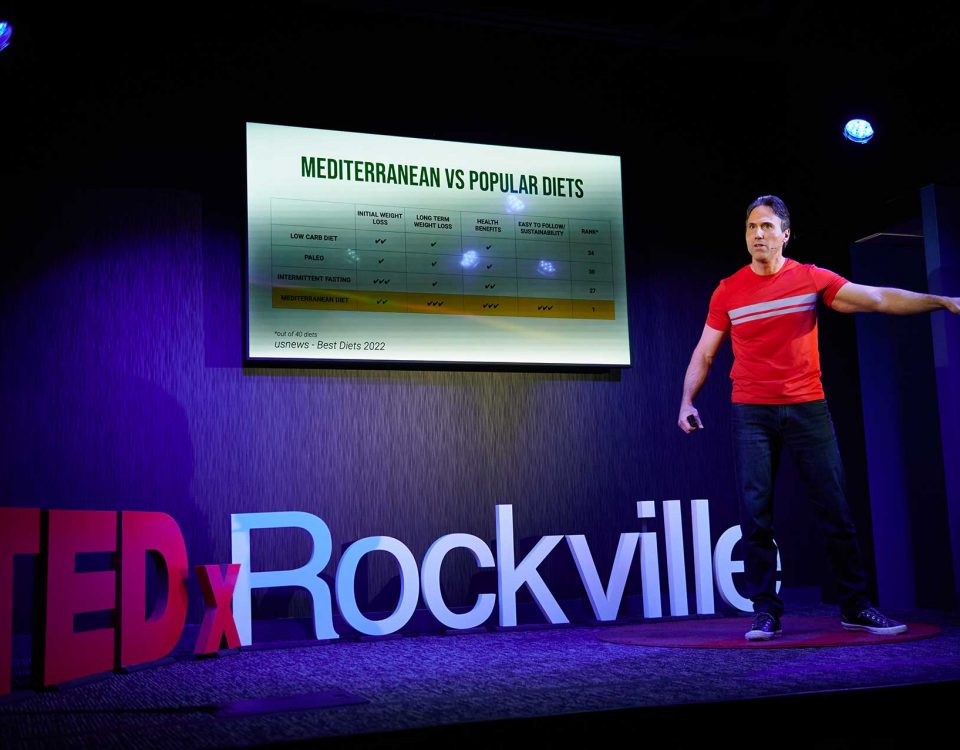 Laurent Amzallag: a quick overview of the Mediterranean Lifestyle secrets