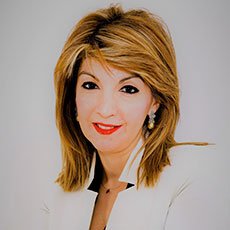 Dr. Eleni Melliou is a researcher and teaching personnel in the National and Kapodistrian University of Athens, in the department of Pharmacy, laboratory of Pharmacognosy and Chemistry of natural products. She has worked as Lecturer in the department of chemistry, in the Food chemistry laboratory of the University of Athens. She has two degrees, one from the chemistry department of NKUA and one from the department of food technology of the Technological Institute of Athens. She has received her MSc and PhD from the Pharmacy department of NKUA in 2005. Her research is focused in the chemistry of natural products and particularly in isolation and structural identification of bioactive small molecules from foods with the use of chromatographic and spectroscopic methods. During the last fifteen years she is working on bee products (honey, propolis, royal jelly) and mainly with the products of olive (olive oil, table olives). In 2011 she worked as visiting professor in the department of food science and technology of the university of California in Davis where she worked in the qualitative and quantitative analysis of components of table olives. She has been awarded from the Society of Medicinal Plant Research (2005) for her research in the chemistry and the biological activity of royal jelly. She has >50 publications and four patents. Since 2012 she collaborates with the UC Davis Olive center. In 2014-2016 she had an affiliate position at the Virginia Commonwealth University. She has been awarded as the inventor of the year 2016 in Greece for her invention ARISTOLEO. Together with prof. Magiatis she has created the first university lab offering analysis of olive oil by NMR regarding its content on health protecting ingredients. She is president of the non-profit organization World Olive Center for Health and founder of the OLYMPIA Health & Nutrition awards.