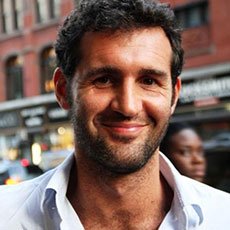 Born and raised in Bra, a small town in Piemonte, Dino started his career in the food realm in 2000, when Slow Food hired him to organize and coordinate all their gastronomic events.

In 2008, Dino started collaborating with Eataly Turin, where he soon became the person in charge of opening new Eatalian stores all around the world. He lived in Japan for one year, where he curated the opening of all the Eataly Japanese stores, and moved to New York in 2010, to launch the first US location, Eataly New York.