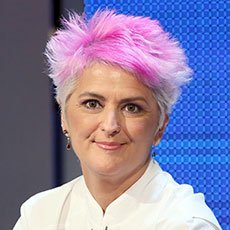 From Cerignola to San Francisco and Back – My life As a Chef Against the Current (Mondadori, 2014) is the title of Cristina Bowerman‘s first book that captures and describes the exciting life of a brave, histrionic chef (also from a professional point of view) and a “visionary”: the dream of a future where women can, in diverse fields, make active and valuable contributions. These qualities are exemplified by the many initiatives that Cristina has been carrying out for years in the context of her profession and in the relationships that she has generated in her field. A story with an “Italo-American” flavor, hailing from Puglia, and with a degree in law, she arrived in San Francisco to further her education, working in, among other things, a bar. After moving to Austin, Texas, she attended culinary school and graduated with a degree in culinary arts, transforming her irrepressible passion for work into her life. The return to Italy initiated an unstoppable climb, resulting in the achievement of a Michelin star and numerous awards in an industry strongly defined by a male presence, thereby validating her original entrepreneurial intuitions. She first began with food trucks that consecrated the street-food fashion, followed by the creation of an ice cream van, finally offering gourmet pizza in a capital district strongly influenced by ancient traditions. Naturally, her gastronomic haute cuisine, both exuberant and linear at the same time, has become an expression of an inner energy that represents her rare ability to translate such characteristics into applicable solutions for today’s contemporary demands and food sustainability.