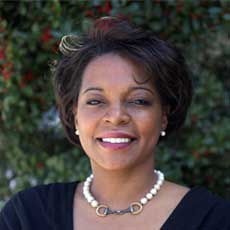 Coley Anderson holds a Bachelor of Arts degree in Communications from Hampton University in Hampton, Virginia. Ms. Anderson joined Registrar Corp in 2004 and serves as Director of Industry and Government Relations. Ms. Anderson focuses on educating foreign governments, trade associations, and individual companies about U.S. Food and Drug Administration regulations. In addition to English, she speaks fluent Spanish and has conducted seminars on U.S. FDA food regulations in numerous countries around the world. Ms. Anderson is based at Registrar Corp’s headquarters in Hampton, Virginia.

Registrar Corp provides compliance services for manufacturers, exporters, and importers regulated by the U.S. Food and Drug Administration. Services for the food and beverage, drug, medical device, and cosmetic industries are offered on a fixed-fee basis. Registrar Corp is made up of over 200 people worldwide, with more than 100 staff members based in the U.S., including former FDA officials, scientists, and Regulatory Specialists.

Ms. Anderson may be contacted by email at canderson@registrarcorp.com or