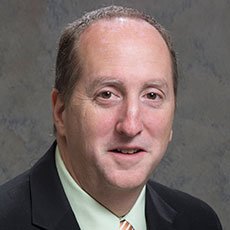 Mr. Bauer has served as president of AFI since January 2002. Prior to that, he served as vice president of the organization for nearly six years. In 2005 he was appointed to the Agricultural Technical Advisory Committee for trade in Processed Foods. He was reappointed to that committee in 2008 and again in 2011 and 2015.

Before joining AFI, Mr. Bauer was a journalist. While working in the newspaper field, he covered everything from town meetings to health-related issues to a wide range of sports, ranging from high school to professional levels. From newspapers, he moved to trade publications in the transportation field and then to the food industry. For the two years prior to joining AFI, he worked as the editor of the grocery section of Supermarket News, the leading trade publication in the supermarket field.

Mr. Bauer attended Temple University for two years and then completed his college education and received his bachelor’s degree from Glassboro State College, now known as Rowan University. He and his wife, Robin, have four children.